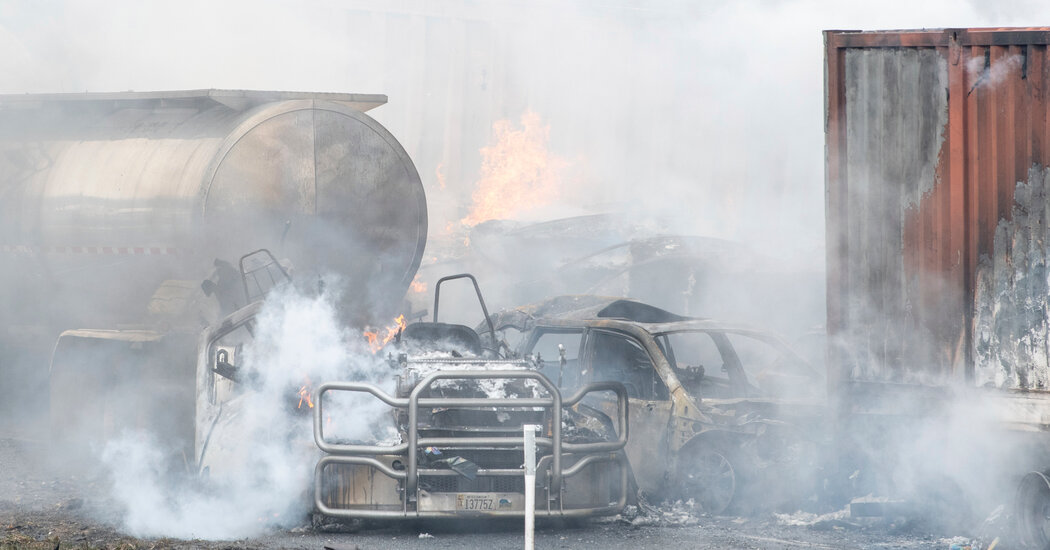 The conditions this week were simply “treacherous” and “nasty,” Mr. Marlow said.

Greg DeVoir, a meteorologist with the National Weather Service in State College, Pa., said that about an inch of snow fell in less than 20 minutes on Monday morning in the area where the pileup occurred.

“That’s a dangerous rate,” he said.

Typically, a weather alert pings people’s phones in the area where there are dangerous snow squall conditions, similar to a tornado warning, Mr. DeVoir said. But the Weather Service could not issue a warning on Monday because its radar was unable to detect the snow shower, which was below 8,000 feet and near the ground, he said. There were also no reports of snow squalls in the morning, he added, meaning the drivers on Interstate 81 on Monday were most likely the first ones to encounter a snow squall that day.

The Weather Service had warned on Sunday that snow squall conditions were likely, Mr. DeVoir said.

Mr. Marlow, the Lavelle Volunteer Fire Company president, said that when he stood on an overpass near the interstate, he saw “a sea of crashed vehicles.”

Mr. Smallwood, the fire company’s assistant chief, who is also a minister, said he saw a “scope of wreckage” that he hoped he would never encounter again.

He recalled how he had walked around the crash site in disbelief, seeing human remains and burned debris in the roadway.

Two hours into the rescue effort, he said, he scanned the scene and had a moment of reflection.

“For many of those victims,” he said, “where their vehicle came to a rest was the last place that they would ever know in their life.”