6 Podcasts About the Dark Side of the Internet 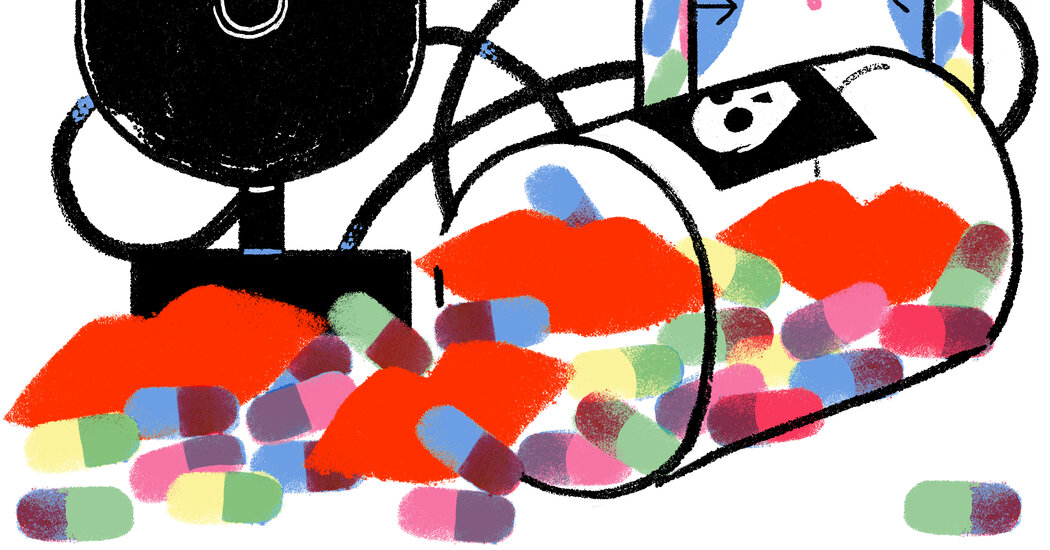 Starter episode: “What Did You Take?”

Begun during the early days of quarantine in March 2020, this affable show feels like eavesdropping on a conversation between two internet-savvy friends. One of the hosts, Ryan Broderick, used to co-host the beloved Buzzfeed podcast “Internet Explorer,” and brings the same inquisitive, informative energy to this series about online content in all its forms. Broderick’s rapport with his co-host, the British journalist Luke Bailey, keeps the tone light and accessible even when the subject matter is complex. Recent episodes have focused on mainstream tech stories — the crypto crash, the Netflix bubble bursting — but others go down truly weird rabbit holes, like the mysterious world of Katie Couric CBD scams on Facebook.

Starter episode: “The Facebookification of Netflix”

A vigilante hacker and a dogged reporter team up to take down a vast child pornography website. This extraordinary and horrifying true story, which is just as gripping as the summary suggests, is a coproduction from CBC Podcasts and the Norwegian newspaper Verdens Gang. Delving into the deepest recesses of the dark web, “Hunting Warhead” follows a monthslong investigation by Einar Stangvik, the hacker, and Hakon Hoydal, the journalist, that ultimately led to the downfall of a local politician. The show’s unflinching approach makes for tough listening: In addition to talking to the investigators, the host, Daemon Fairless, interviews the website’s unrepentant owner, Ben Faulkner, who’s currently serving a 35-year prison sentence.

In late 2014, the film industry was roiled by a wildly embarrassing hack. After Sony Pictures employees showed up to work one morning to find their computers unusable, reams of confidential company data began leaking online, including salaries, contracts and unflattering email exchanges among executives. In a bizarre twist, the hack turned out to be motivated by the impending release of a movie named “The Interview,” (starring Seth Rogen and James Franco), which depicted a fictional plot to assassinate Kim Jong-un of North Korea. This wry, richly reported podcast from the BBC World Service chronicles every twist and turn of the saga and its implications far beyond Hollywood.

When this WBUR series started, in 2017, it was a partnership with Reddit. Back then, the hosts, Ben Brock Johnson and Amory Sivertson, told stories inspired specifically by the quixotic virtual communities Reddit creates and the everyday mysteries it spotlights. (One classic episode focuses on a Reddit thread about a man who stumbled on a huge, inexplicable pile of plates in rural Pennsylvania.) The partnership with Reddit has ended, and “Endless Thread” has expanded to explore internet culture more generally — last year, it debuted a delightful mini-series digging into the back stories behind various memes like the rickroll. Though the tone is generally lighthearted, the show’s topics are as unpredictable and chaotic as the internet itself.

Cybercrime has snowballed so rapidly that the world has been caught off guard; last year’s ransomware attack on a major U.S. pipeline highlighted just how vulnerable many of our institutions are, not to mention our individual data. “Hacking Humans” doesn’t shy away from that disturbing reality, but it’s also never alarmist. Instead, it takes a lighthearted and calm approach to what are, essentially, true crime stories about the internet. The hosts, Dave Bittner and Joe Carrigan, are cybersecurity experts who emphasize solutions as they unfurl tales of social engineering, phishing scams and online con artists of every stripe. Alarmed as you may feel by many episodes, you’ll leave with a better sense of how to protect yourself.