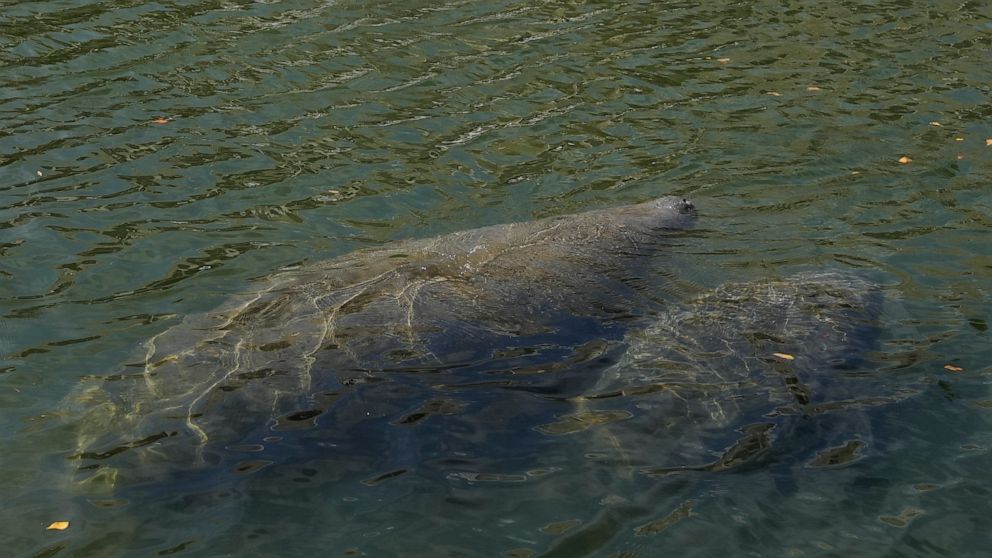 ST. PETERSBURG, Fla. — More than 55 tons of lettuce have been fed to starving Florida manatees as part of an experimental program to help the slow-moving marine mammals since their natural food is being destroyed by water pollution, wildlife officials said Wednesday.

The lettuce, funded by more than 1,000 individual donations, is offered to manatees that gather in the warm water discharge near a power plant on Florida’s east coast as they typically do during cold months.

The unprecedented feeding response came after a record 1,100 manatees died last year, largely because of starvation. The problem requires a long-term solution because pollution from agriculture, septic tanks, urban runoff and other sources is killing the seagrass on which the marine mammals rely.

Through Feb. 25 this year, about 375 confirmed manatee deaths have been recorded. That compares to 389 during the same period last year; both are far above the 136 deaths reported in 2020 during the first two months.

More than 80 rescued manatees are currently being cared for at facilities in Florida, Texas, Puerto Rico and Ohio, according to Terri Calleson of the U.S. Fish and Wildlife Service. Some of those are abandoned calves that typically take longer to recover.

Florida legislators last year provided $8 million for several seagrass restoration projects that will get off the ground this year, officials said. But it won’t be an immediate solution.

“We’re not solving the seagrass issue in a year,” said Tom Reinert of the Florida wildlife commission.

There are currently about 7,500 manatees, also known as sea cows, living in Florida waters. They are listed federally as a threatened species, although there are efforts to give them the heightened endangered designation.

The approach of warmer weather means manatees will disperse to areas where food is more plentiful, officials said.

“It’s warming up, and that’s a good thing for manatees. They’ll be moving on,” Reinert said.

Officials say most distressed manatees in Florida are reported by people who spot them and call a state hotline at 888-404-3922.