5 Takeaways From the U.N. Report on Climate Hazards 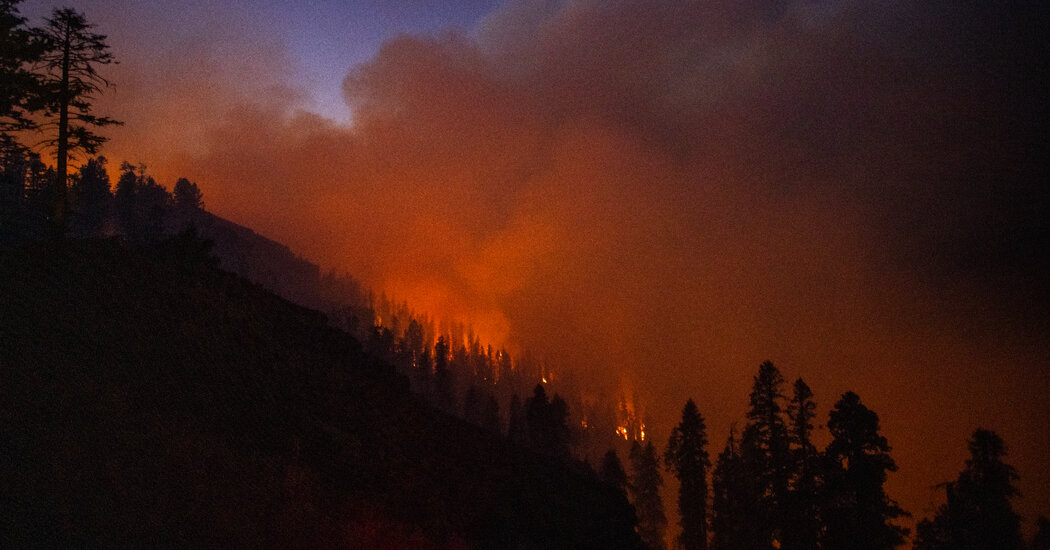 A body of experts convened by the United Nations has put out its most comprehensive look to date at how climate change is affecting our homes, health, livelihoods and infrastructure, as well as the natural systems upon which they all depend.

The picture is not a cheery one. The report, which was approved by 195 governments, shows how widespread and severe the impacts of human-caused global warming are becoming worldwide — and how hard it will be for societies and ecosystems to manage if nations do not bring greenhouse gas emissions down sharply.

“Any further delay in concerted anticipatory global action,” the report says, “will miss a brief and rapidly closing window of opportunity to secure a livable and sustainable future for all.”

Climate hazards have worsened significantly in the past decade.

This group of experts, the Intergovernmental Panel on Climate Change, put out its last big survey of the impacts of climate change in 2014. (It put out a separate report last year on the physical drivers of climate change.) Back in 2014, its report said there was “limited evidence” that nations needed more money to cope with the dangers than was being allocated. Global warming was having a “relatively small” effect on human health, the panel’s report said, compared with other stressors.

Eight years later, it is a different story.

The new report finds that climate change is not only adding to ecological threats such as wildfires, heat waves and rising sea levels, it is also displacing people from their homes and jeopardizing food and water supplies. It is harming people’s physical and mental health, with increasing incidence of food and waterborne illness, respiratory distress from wildfire smoke and trauma from natural disasters. And the funding shortfall for dealing with all this is “widening,” the new report says.

If warming isn’t slowed, the dangers will multiply.

Not so long ago, scientists thought the planet might be spared the most damaging effects of climate change if global warming didn’t exceed 2 degrees Celsius, or 3.6 degrees Fahrenheit, above 19th century temperatures.

Now it is clear that many of those harms will appear if warming surpasses 1.5 degrees Celsius, as is likely within the next few decades. (We’re at roughly 1.1 degrees now.) And even if we cross 1.5 degrees but temperatures are brought back down later, severe and irreversible damage could still result, the new report says.

Past 1.5 degrees of warming, coastal, mountain and Arctic regions could suffer irreparably, the report says. Increased wildfires, mass die-offs of trees, drying of bogs and thawing of permafrost could release more carbon dioxide into the air, making it even harder to arrest global warming.

If temperatures continue rising beyond that, all of these dangers intensify, and the economic damage worldwide increases “non-linearly,” according to the report. Many more animal species become likely to go extinct. Mosquitoes would expand their range northward, putting additional billions of people at risk for dengue fever by the end of the century, the report says.

Societies have not done enough to adapt and stay safe.

The report acknowledges some success in adjusting to these new hazards, such as better early warning systems for disasters. Mostly, though, humanity’s efforts have been “fragmented” and “incremental,” it says, and sometimes counterproductive.

Societies have built sea walls to defend against rising tides, but that often pushes flood risks down shore. They have worked to put out wildfires, but some of those blazes have ecological benefits.

As warming continues, it will become harder and harder to cope.

As global temperatures have risen, ecosystems such as coral reefs, wetlands, rainforests and polar regions are running up against limits to how much they can adjust, the report says.

The biggest climate case in a decade. The U.S. Supreme Court will hear arguments in a dispute that could restrict or even eliminate the E.P.A.’s authority to control the pollution that is heating the planet. A decision by the court, with its conservative supermajority, could shred President Biden’s climate agenda.

For some nations, the costs of maintaining people’s health, safety and well-being are already prohibitive, according to the report. And as warming continues, measures that are effective today for protecting water supplies, boosting agriculture and defending against climate-related harms will lose their potency. New crop varieties can be developed to withstand heat and drought, for instance, but only by so much.

The report suggests that communities try to work with nature rather than against it — reviving wetlands to defend against catastrophic floods, increasing tree cover in cities to cool them — though even this is effective only to a point.

Poor countries face much bigger challenges than rich ones.

Developing countries not only have fewer resources for dealing with climate shocks. They are also more vulnerable: Their infrastructure is often inadequate, their social safety nets are weaker and their people’s livelihoods depend more on the natural world. Between 2010 and 2020, floods, droughts and storms killed 15 times as many people in developing nations in Africa, Asia and elsewhere than in the wealthiest countries, the report found.

Even within rich countries, there are huge disparities in exposure to these risks among different groups of people. In all, 3.3 billion to 3.6 billion people — nearly half of humankind — are “highly vulnerable” to climate change today, the report says.