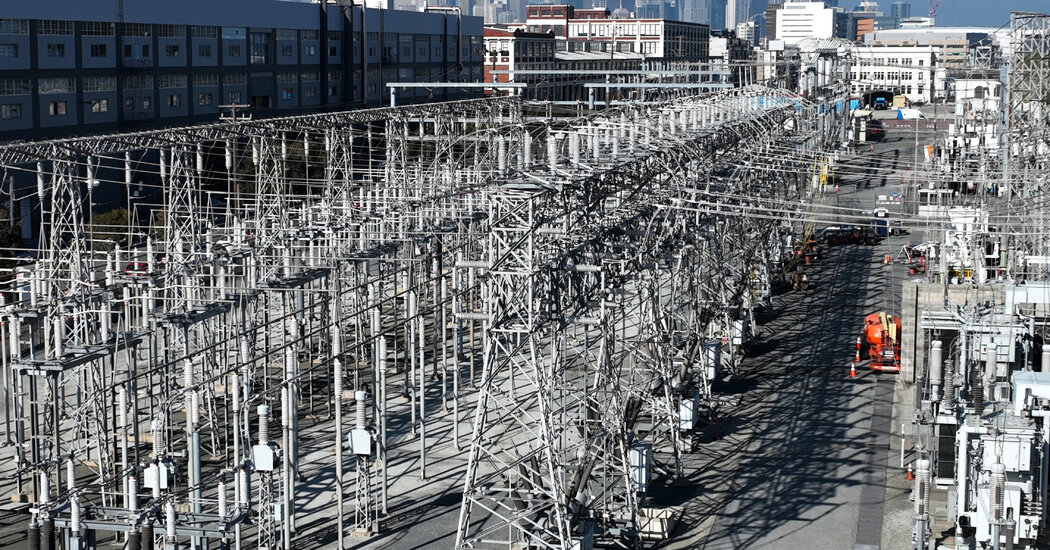 As part of their plot, each man focused on substations in different regions of the country, and how to attack the power grids with rifles, according to court documents. The three men discussed that by knocking out power across the country for an extended period, civil unrest would spread, a race war could break out and the next Great Depression could be induced, according to court documents.

“People wouldn’t show up to work, the economy could crash and there would be a ripe opportunity for potential (white) leaders to rise up,” Mr. Cook’s plea agreement said. “One theme of the group discussions centered around the need to create disorder to bring the system down, which would cause people to doubt the system and create a true revolutionary force against the system.”

Mr. Frost also gave Mr. Cook and Mr. Sawall suicide necklaces that he had filled with fentanyl, which were to be ingested if they were caught by the police, according to court documents.

While they were in Columbus, Mr. Sawall and Mr. Cook bought spray paint and used it to write the phrase “Join the Front” on a swastika flag under a bridge at a park, according to court documents. The men had more plans to spread propaganda while they were in Ohio until they encountered the police during a traffic stop, during which Mr. Sawall ingested his suicide necklace but survived, according to a plea agreement.

The F.B.I. searched the homes of the three men in August 2020. Agents found multiple firearms, chemicals that could have been used to create an explosive device, and Nazi-related books and videos, according to court documents.