2020 Census Gets a Cautious Thumbs-Up From Experts 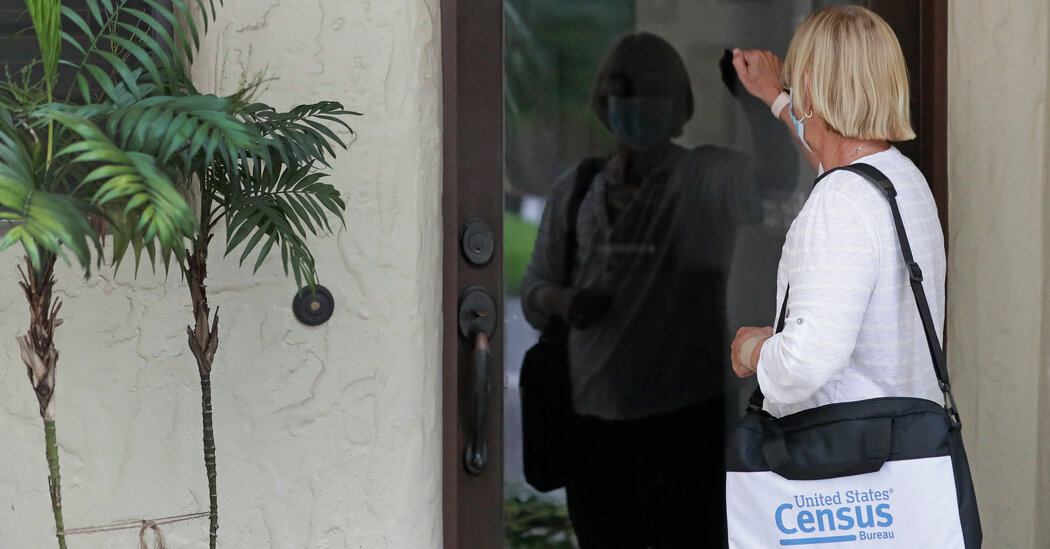 WASHINGTON — The problem-plagued 2020 census won a cautious vote of confidence on Tuesday from experts who said the count appeared accurate enough for its overriding constitutional purpose: reallocating the 435 seats in the House of Representatives.

But the experts, eminent statisticians given inside access to census processes, limited their finding to the overall national tally and counts in the 50 states and the District of Columbia. Much more study will be needed to gauge the reliability of local population totals and characteristics like race and ethnicity that are vital parts of every census, they said.

The findings were presented in a 59-page analysis of the 2020 count commissioned and reviewed by the American Statistical Association. A task force set up by the group recommended the inquiry in October — and the Census Bureau agreed — amid rising concerns about the accuracy of the count among businesses, state and local governments and others who rely on the census to plan for the future.

By any measure, the census faced unprecedented obstacles: The coronavirus pandemic shut down much of the count just as it was beginning in April 2020, forcing the bureau to extend its work by nearly two months. Last autumn, western wildfires and coastal hurricanes upended the Census Bureau’s work just as door-knockers were fanning out to survey millions of households that had not filled out forms.

Atop that, the Trump administration advanced the deadline to finish counting, throwing a political wrench into an already hobbled tally. The cascade of problems led many experts, including some senior Census Bureau officials, to worry that the final count would be so flawed as to be unusable.

The report released on Tuesday hinted, at least, that those fears were overblown. While couched in scientists’ cautionary language, it nevertheless said there was no persuasive evidence that either the nationwide count or individual state counts were less reliable than the results of the 2010 census, widely lauded as among the most accurate ever.

“The career staff took this census under what may be the most difficult conditions ever, and they did their best,” said John H. Thompson, a former Census Bureau director who was part of the statistical association task force that oversaw the review.

The analysis examined 10 critical operations in the 2020 count, such as compiling a national list of addresses to be surveyed and making statistical estimates of who lived in households that refused to fill out census forms.

The study uncovered wide variances among the states in the results of those operations. For example, one in 20 Louisiana households was tallied not by answers to written surveys, but by data in federal records that showed who lived there. In Hawaii, the corresponding figure was one in 60.

Logic says the Hawaii count, with more personal responses, would be more trustworthy than the Louisiana one. But the report cautioned against rash judgments: Using more records to count households, for example, may have reduced the need to make even less accurate statistical guesses about them.

Those statistical guesses, called imputations, were among the most closely watched and controversial aspects of the 2020 census. In the previous census in 2010, 0.4 percent of households were counted by imputation. Many experts anticipated a sharp jump in that share — and a less accurate census — as the troubled 2020 count forced the bureau to guess about the composition of more homes.

In fact, the results were more mixed, the study suggested. Overall, the share of population counts that were imputed dropped slightly. On the other hand, the bureau was forced to guess much more often about who lived in group quarters like college dormitories, long-term care facilities and prisons. In part, that was because the pandemic forced many university students to return home, making it harder to count them in the dormitories or apartments where they normally would have been tallied.