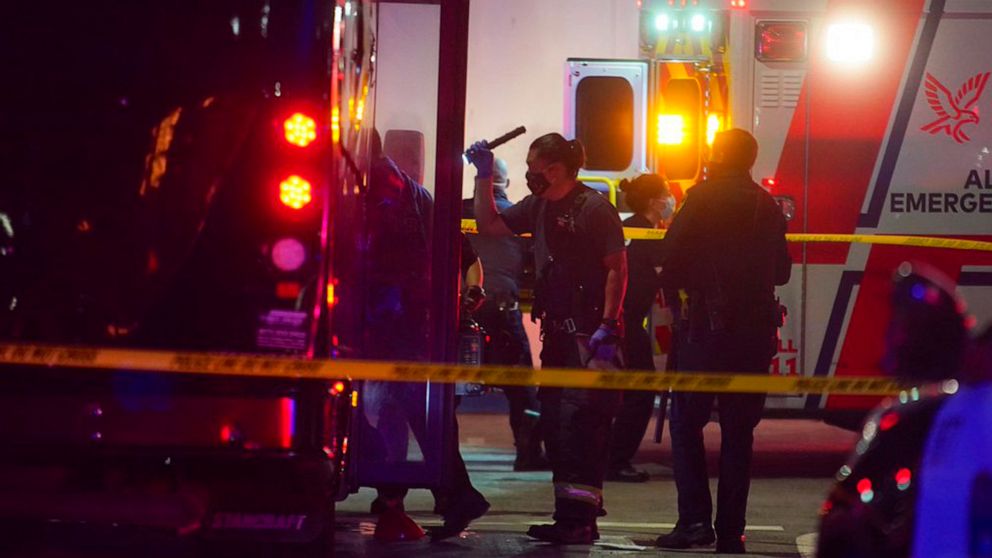 OAKLAND, Calif. — Relatives of two people killed after shooters opened fire on a party bus driving on a San Francisco Bay Area freeway have identified them as two teenagers who were celebrating a friend’s 21st birthday.

Alayasia Thurston, a 19, of Oakland, and Zoey Hughes, 16, of Modesto, died after at least two shooters opened fire on the bus around 12:20 a.m. Tuesday on Interstate 580 as it was returning to Oakland from San Francisco. Another five women were wounded.

Thurston had a daughter who is about to turn 3 years old, a relative who did not wish to be identified told the East Bay Times.

“I did everything with Zoey,” she said through tears. “Zoey was the sweetest. Had the best heart. Her smile. When she walked into a room, you fell in love with Zoey.”

At least two shooters in another vehicle began firing at the bus, then followed it off the freeway and continued shooting at it on city streets, authorities said. About 70 rounds were fired at the party bus.

“She was a minor, 16 years old,” added Zoey’s stepfather, Thomas Augustine. “There’s no point in chasing people down, gunning them down.”

Alameda County Sheriff’s Office spokesman Sgt. Ray Kelly said the coroner had identified the two victims but that it would be up to the California Highway Patrol, which is conducting the investigation, to release their names.

A CHP spokesperson did not immediately return an email from The Associated Press seeking comment.

This story corrects the first name of Zoey Hughes.