2 Iranian Navy ships are heading to the Americas, posing a potential provocation to the US – Business Insider 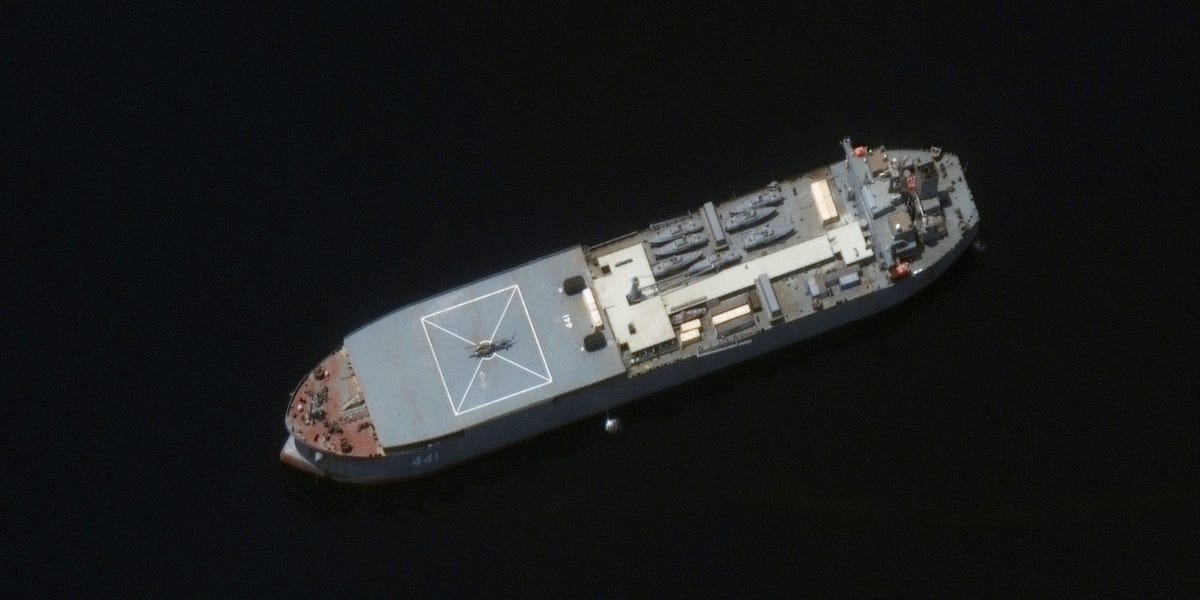 On Saturday, the outlet reported that the US was surveilling IRNS Makran, an oil tanker-turned-staging base, and a Iranian Navy frigate, believed to be headed for Venezuela.

Iran has long threatened to deploy its Navy into the Atlantic Ocean, but has never been true to its word.

Iran’s intentions are not clear, but a National Security Council spokesperson told Politico that Venezuela had purchased weapons from Iran in the past year.

‘This has all the markings of an arms sale’

On Wednesday, US Senator Marco Rubio tweeted that the incursion was an attempt to “project a message of strength to the Biden administration.”

“This has all the markings of delivery on an arms sale (such as fast attack boats) to #Venezuela,” he said.

A US defense official told Politico that the Pentagon had no plans to deploy US Navy ships to meet the Iranian boats.

‘I warn that nobody should make a miscalculation’

Pentagon spokesperson John Kirby said during a press briefing on Tuesday: “I’m not going to speculate about what the Iranian Navy might or might not do,” Politico reported.

On Monday, Iranian Foreign Ministry spokesman Saeed Khatibzadeh said that nations should not jump to conclusions about Iran’s intentions. “Iran has constant presence in international waters is entitled to this right on the basis of international law,” he said, per Iran’s Tasnim News Agency.

“I warn that nobody should make a miscalculation. Those who live in glass houses must be cautious.”

The US is right now trying to lure Iran back to the Joint Comprehensive Plan of Action, also known as the Iran nuclear deal, and potentially end sanctions introduced under the Trump administration after the US left the agreement in May 2018.

Confronting the Iranian vessels in international waters could anger Tehran and jeopardize the US efforts.