2 Dead After Driver Crashes Outside a Restaurant in Washington, D.C. 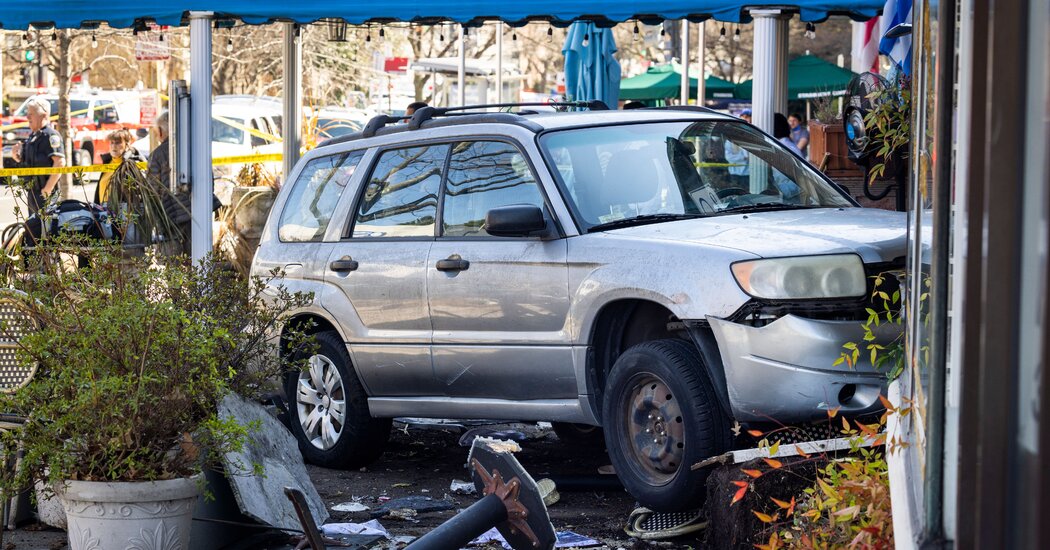 An older driver lost control of his vehicle and crashed into an outdoor seating area at a busy restaurant in Washington, D.C., at lunchtime on Friday, killing two women and leaving three other people with life-threatening injuries, the authorities said.

A total of 11 people were injured, eight of whom were taken to hospitals, according to emergency responders, who said that the crash appeared to be accidental.

The crash happened just after noon outside the Parthenon Restaurant in the Chevy Chase neighborhood in northwest Washington, turning the popular lunchtime spot into a scene of chaos.

Becky Pulles, 75, a retiree who lives in the area, said in a phone interview on Friday that she was having coffee outside a Starbucks near the restaurant when she saw the vehicle accelerate and crash.

“He was going so fast,” Ms. Pulles said. “He just slammed into it.”

The vehicle jumped the curb and struck the tables “in the blink of an eye,” she said.

As the coronavirus pandemic enters its third year, outdoor dining continues to be an appealing option for many restaurants and their patrons. At the time of the crash, it was sunny and around 60 degrees, which would have made the restaurant’s sidewalk tables particularly inviting.

The driver, whose name was not released, was traveling on Connecticut Avenue when the momentum of his vehicle carried it onto the sidewalk, Cmdr. Duncan Bedlion of the Metropolitan Police Department said during a news conference.

The vehicle came to rest on the sidewalk, where mangled tables and wicker chairs were strewn. Emergency responders credited other drivers with helping to call attention to the crash.

“They honked their horns,” Commander Bedlion said. “They flagged the officers down, and we were able to get here right away and secure a scene. Of course, it’s very sad, an area where we know people have lunch every day.”

Those injured were 30 to 80 years old, Vito Maggiolo, a spokesman for the D.C. Fire and Emergency Medical Services Department, said on Friday. The authorities, who did not identify the victims, said that the first 911 call came at 12:18 p.m.

The police said that the driver of the crashed vehicle was cooperating with the authorities.

“It was truly an accident from what we can tell right now,” Commander Bedlion said.

A man who answered the phone at the restaurant on Friday declined to speak about the crash, saying, “I’m worried about these people’s lives right now.”

Ms. Pulles, a retired hotel catering director, said that a car was pulling out of a gas station near the restaurant as the driver of the vehicle that crashed was approaching the block where the accident took place.

“The person might have hit his accelerator instead of his brake to avoid that car,” she said.

A friend having coffee with Ms. Pulles rushed to help those who were injured, including an older woman who was pinned beneath the vehicle, Ms. Pulles said.