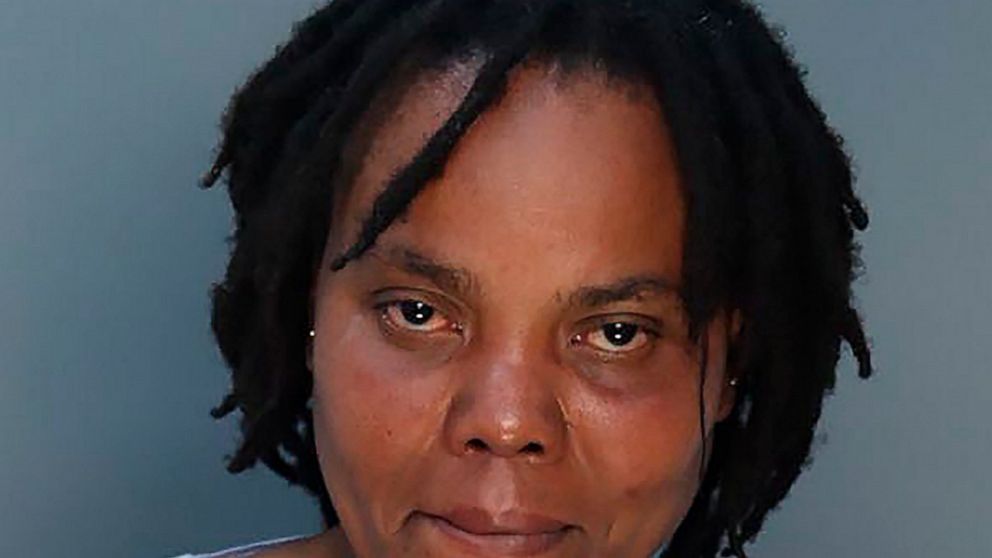 MIAMI — Police in Miami have arrested a 41-year-old woman in the deaths of her two young children after officers responded to repeated hang-up 911 calls from her apartment where they found their tied-up bodies.

“Come get them, I don’t want them anymore,” Odette Lysse Joassaint told officers who responded to the scene on Tuesday night, according to the arrest report. Police said she appeared to be irrational.

The officers entered the apartment and found a 3-year-old boy and a 5-year-old girl. The children were lying in a prone position on the bed with their arms, legs and neck tied, a police report said.

They tried to resuscitate the children until a Miami Fire Rescue crew arrived and pronounced them dead. Authorities have not released information on how they were killed, but the woman has been charged with two counts of murder.

It is not yet clear how many calls were made to 911 or whether she spoke to a dispatcher.

Miami police spokesperson Michael Vega said the father was not living there at the time but said there had been at least four calls made to the address in the past year over domestic violence, trespassing and disturbance. None of the incidents involved the children and no arrests were made, Vega said.

The father, Frantzy Belval, told The Associated Press that he would pick up the children every weekend and they would go and spend the night with him. Joassaint and Belval are both originally from Haiti, but he arrived in 1995 and she came to the U.S. in 2015.

“She had asked me to cancel my contract with the apartment to move in back with her,” he said. “But she created too many problems.”

Belval said he was not aware of any diagnosis for mental illness, but he said Joassaint had lost custody to the state of an older child. That child’s father remained in Haiti.

Law enforcement is also working with the Florida Department of Children and Families, but it is not yet clear whether it had been involved with the family in the past. The state agency has not responded to requests for information.