$2.4M to be paid to man shot in eye during Floyd protests 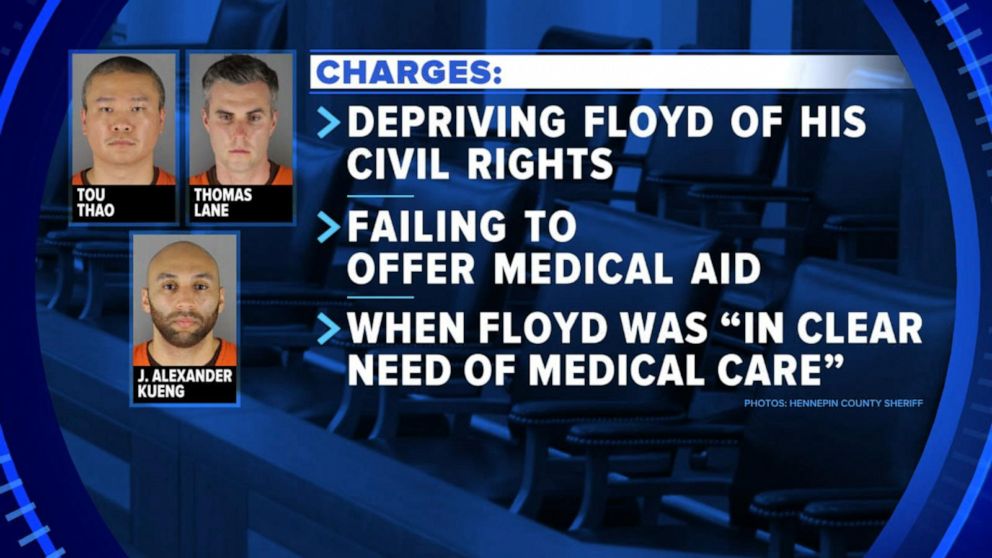 A Minneapolis man who lost an eye when he was hit by a projectile fired by police during protests that followed George Floyd’s killing will get a $2.4 million settlement

MINNEAPOLIS — A Minneapolis man who lost an eye when he was hit by a projectile fired by police during protests that followed George Floyd’s killing will get a $2.4 million settlement.

Soren Stevenson, 27, was in a large group of people standing in a grassy area near an interstate on-ramp when he was hit by a 40 mm projectile on May 31, 2020.

Floyd, a 46-year-old Black man, had died six days earlier after then-Officer Derek Chauvin pinned him to the ground with his knee for 9 1/2 minutes as Floyd lay handcuffed and facedown on the street. Chauvin, who is white, was convicted last year in state court of murder, and sentenced to 22 1/2 years; he awaits sentencing after pleading guilty to a federal charge of violating Floyd’s civil rights.

Three other officers were convicted in February of violating Floyd’s civil rights and await sentencing. Floyd’s death, recorded on bystander video, sparked protests against racism and police brutality that quickly spread around the U.S. and beyond.

A report earlier this month on the city’s response to the Minneapolis protests was sharply critical and included several recommendations, including improving police training on crowd control tactics.

Stevenson told reporters Wednesday in an interview at his attorneys’ offices that he believed a SWAT officer fired directly at his face.

“I did not riot, I did not vandalize, I caused no damage to people or property, did not even disobey police orders,” Stevenson said.

Stevenson now wears an eye patch over a prosthetic eye.

“It took me a long time to get a job even though I was well qualified because it’s pretty hard to look at a computer screen with one eye after having two,” Stevenson said. “Merging left onto the freeway is an extremely dangerous task that I do frequently.”

The city did not admit liability in the case. A spokeswoman forwarded a brief statement confirming the settlement. She was not able to immediately say whether the officer who shot Stevenson was disciplined and remains with the department.

The cost to the city will rise, with the man’s attorneys saying they will seek legal fees of $1 million or more. The court will set fees.