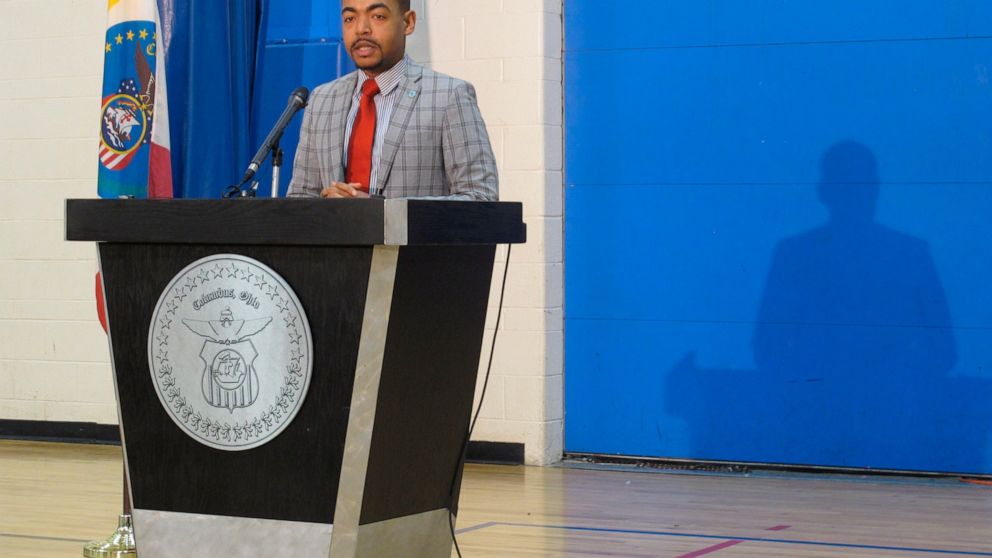 Columbus Mayor Andrew Ginther named Bryant, as the new chief of the Columbus Division of Police — making good on a promise by the mayor of Ohio’s capital and largest city to choose a candidate from outside the 1,900-officer agency for the first time in department history.

The announcement followed months of turmoil within the department amid a series of high-profile fatal police shootings of Black men and children.

“At this time in Columbus, it’s tough to imagine a more important decision than this,” Public Safety Director Ned Pettus Jr. said. “Our next chief of police will lead a force full of exceptionally talented and dedicated professionals.”

He added,” She will also take on some of the most urgent problems facing law enforcement across America.”

Some of those problems Bryant already faced as deputy chief with the Detroit police department, where she held several positions since 2000, including commander over the agency’s major crimes unit. In her application, she promoted her skills in several areas, “including community relations, emergency preparedness, strong administrative background, investigative and proactive policing.”

“We need a police chief who is committed to change. We need a leader with extensive experience in law enforcement, as well as sound judgment, empathy, and a commitment to community policing,” Ginther said during a press conference Wednesday. “We have found all of this in Elaine Bryant.”

But while Bryant’s selection will make history within the force, she made it clear that addressing systemic racism within policing is not her only priority upon starting the job.

“A lot of people make the assumption that because you are a minority that you’re just going to strictly address minorities,” Bryant told reporters. “No, this is about inclusion. It’s about equity for everyone. Everybody has a place at this table.”

The selection had come down to Bryant and finalists Avery Moore, an assistant Dallas police chief, and Ivonne Roman, the former chief of the Newark, New Jersey, police department.

Roman tweeted her congratulations Tuesday to Bryant. “Sending a BIG CONGRATS to Detroit’s Deputy Chief Elaine Bryant on being selected as the next Columbus, OH Police Chief. She was stellar during the town hall and the residents of Columbus are lucky to have her,” she tweeted.

In addition, Moore told WTTE-TV and The Columbus Dispatch he was not selected. “I was disappointed,” Moore told the Dispatch. “I had hoped to have the opportunity, but I’m very busy in Dallas and I’ve got to keep working.”

Ginther has been adamant that the new chief come from outside the department, saying that was the only way to enact the kind of broad, cultural changes he was seeking in the agency.

As part of the selection process, Columbus also created a first-ever assistant chief post to allow the next chief to bring his or her own team. Ginther has said candidates wanted that ability to allow them to put their own plans in place.

In January, Ginther forced out the man he selected for the job in 2019 — Chief Thomas Quinlan, a veteran Columbus officer — saying he’d lost confidence in Quinlan’s ability to make needed changes.

The announcement comes at a time of historic reckoning for the department. Ginther and other officials invited the Justice Department in April to review the agency for deficiencies and racial disparities in several areas.

The department is also under scrutiny for recent fatal shootings of Black people by white officers, including the death of 16-year-old Ma’Khia Bryant on April 20.

Earlier this month, the city agreed to pay $10 million to the family of Andre Hill, a 47-year-old Black man who was shot and killed by former Officer Adam Coy as Hill walked out of a garage holding a cell phone. It’s the largest civil settlement in Columbus history.

Coy, who is white, was fired after the shooting and has pleaded not guilty to charges of murder and reckless homicide in the Dec. 22 death of Hill.

Also this month, a federal judge ordered the city to alter the way it responds to mass protests, saying officers ran “amok” during protests over racial injustice and police brutality last summer.

The Columbus agency — like many big-city departments — is juggling calls for internal change even as it battles a spike in gun violence. Columbus saw a record 174 homicides in 2020 and as of mid-May had recorded 74 so far this year, a figure not reached until late July of last year.

Farnoush Amiri is a corps member for the Associated Press/Report for America Statehouse News Initiative. Report for America is a nonprofit national service program that places journalists in local newsrooms to report on undercovered issues.