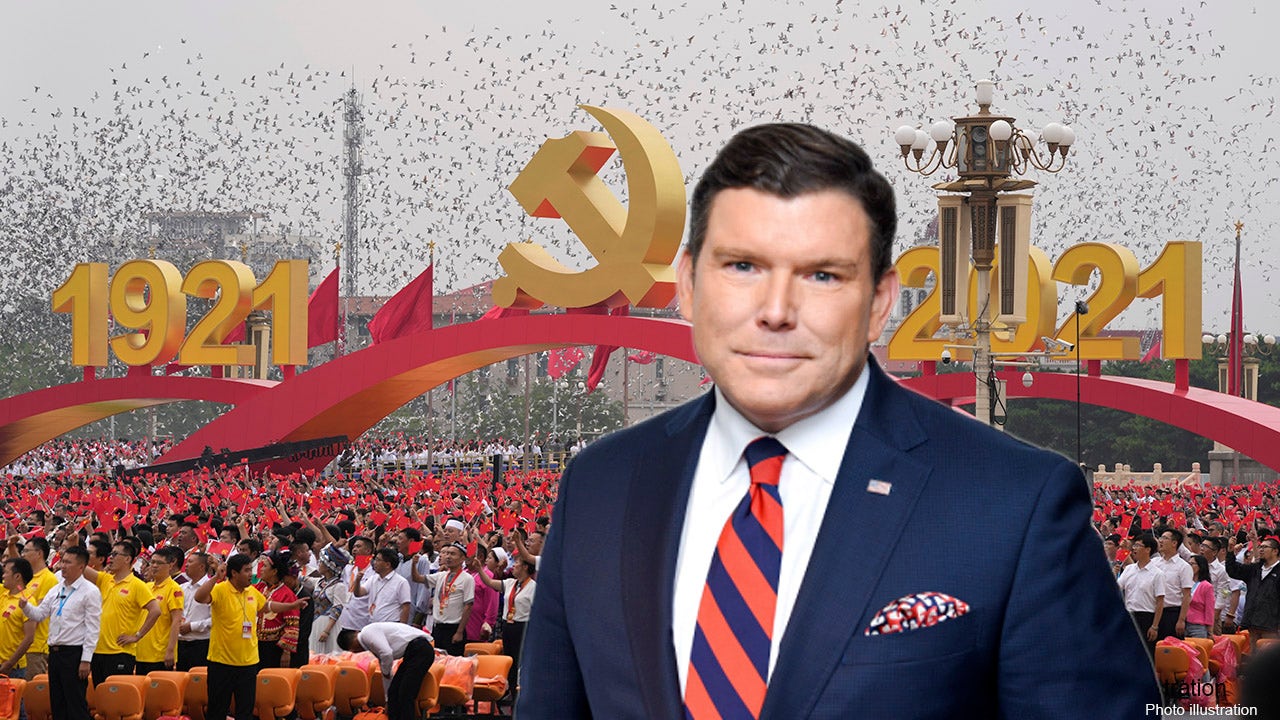 Fox News anchor Bret Baier explores the history of socialism amid China’s celebration of the 100th anniversary of the Chinese Communist Party (CCP) Thursday, in which the CCP is reveling in what it views as the bedrock of the nation’s global success.

Baier hosts “The Unauthorized History of Socialism” on Fox Nation, where he traces the history of socialism from its first failed experiment in America to the collapse of the Soviet Union to its apparent revival today.

Meantime, CNN is once again being dubbed by the “China News Network” by critics after publishing a glowing report on the upcoming 100-year anniversary of China’s Communist Party that set Twitter ablaze on Wednesday.

“The Chinese Communist Party is about to turn 100 but Xi will be the real star,” CNN International tweeted to accompany a link to a story about an upcoming celebration that will feature fireworks and a speech by China’s leader Xi Jinping.

While lavish festivities marked the anniversary, they failed to mention that tens of millions of people who have been killed at the hands of the CCP.

The Party was founded in 1921 on the principles of Marxism-Leninism, but it wasn’t until 1949 that it was able to gain complete control of the country.

In an attempt to propel China’s economy forward on a global scale, CCP chief Mao Zedong, who became China’s leader in 1949, launched a campaign known as the “Great Leap Forward” in 1958 – a disastrous program that forced millions of rural Chinese villagers from their farms to join mass communes.

Livelihoods, homes, and possessions were removed and instead, people were forced to receive their food from public canteens where provisions were doled out based on merit, Frank Dikötter explained in his literary work, “Mao’s Great Famine.”

Mao at this point made himself one of the world’s greatest mass murders, killing up to 45 million Chinese civilians between 1958 and 1962 – largely through starvation.

Extreme discipline became commonplace and an estimated two to three million people were tortured to death or executed.

After Mao’s death in 1976, Deng Xiaoping rose to power and expressed a new openness to reforming their failing socialist system and by 1982 “every single commune was decollectivized,” said Merle Goldman, author of “Sowing the Seeds of Democracy in China.”

“Many observers thought it looked more like capitalism,” Baier continued. “Whatever it was, it was changing the face of China.”

CHINA, RUSSIA EXPLOITING UNITED NATIONS TO PUSH BACK AGAINST US INTERESTS, REPORT SAYS

The idea of capitalist enterprise unleashed pent-up energy in China that started a process that would propel the country out of widespread poverty and into modernity.

Baier noted, citing the World Bank, that by 1984, China’s economic growth had “reached 10 percent per year” and “would remain there for more than a decade.”

“But China was still ruled by communists,” Baier continued. “Beneath the rising tide of economic and personal freedom, the political system remained largely unchanged.”

“The Unauthorized History of Socialism” is available exclusively on Fox Nation. To watch the entire six-part series go to Fox Nation and sign up today.

Fox Nation programs are viewable on-demand and from your mobile device app, but only for Fox Nation subscribers. Go to Fox Nation to start a free trial and watch the extensive library from your favorite Fox News personalities.