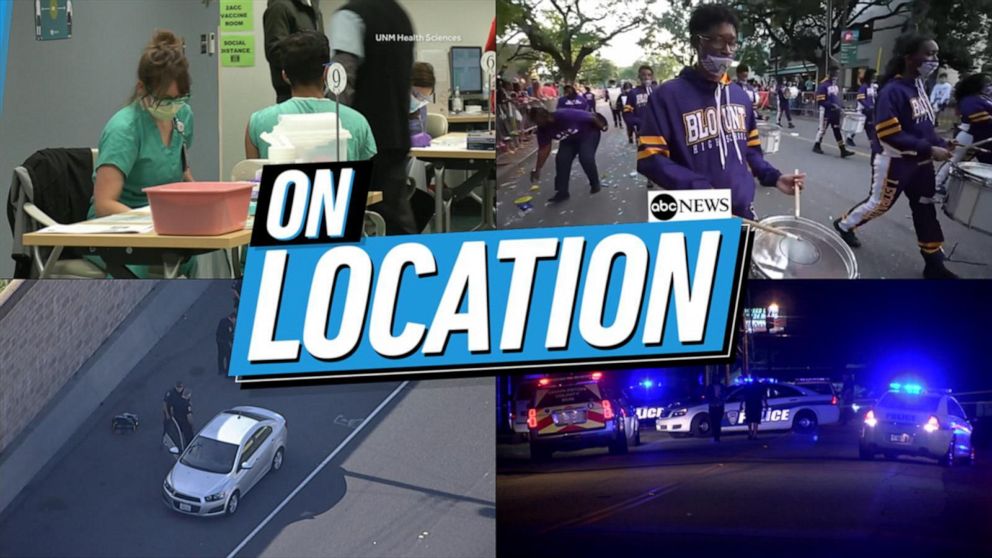 COLUMBIA, S.C. — Thirteen people were hurt and a 14-year-old girl killed after several people began shooting at an illegal concert in South Carolina over the weekend, authorities said.

Investigators said a fight started just before the gunfire in a North Charleston neighborhood around 10:30 p.m. Saturday. They haven’t figured out how many people were shooting, North Charleston Police Chief Reggie Burgess said.

The girl killed was identified Monday as Ronjanae Smith by the Charleston County Coroner’s Office.

Burgess prayed with her family before talking to reporters Sunday at the lot where someone had set up a small makeshift stage as well as a bar and food tables where drinks and snacks were being sold.

“The whole purpose of it was making money, but they made money at the cost of a life,” Burgess said.

The illegal concert was publicized with flyers that promised security. Burgess said investigators are still sorting out if that security fired any shots. No arrests have been made.

“Individuals were angry with each other and they didn’t care who got hit,” was all Burgess would say about the reason for the shootings.

The concert and shooting happened in a field near a small neighborhood with winding narrow streets in North Charleston. Investigators said police arrived three minutes after being called and so many cars and people were rushing out that they aren’t sure how many people were at the party.

Community activists asked friends and family of the victims to let police do their jobs.

“We want the police to handle this case. No retaliation by family or friends or anybody,” said pastor Thomas Ravenell of the United Black Men of Charleston County. “Those of us who have been there know how hard it is to lose a loved one and stand idle.”

The police chief urged anyone with information about the shooting to call investigators and “step up and do right by that young lady and the other 14 victims.”

The conditions of any of the other victims were not released.

“It’s a ridiculous time in our lives and this world,” Burgess said.